I received my RAMP by Gear 4 Grunts knowing a little bit about the concept of a vertically hanging magazine and was admittedly a little skeptical. To replicate a magazine well seemed to me like a great idea that would take a step or two out of the combat reload process. What I was unsure about was the ability for the magazine to stay seated all the way in the device, especially while in motion. My review process gave me a better insight to the RAMP and gave me a better appreciation for vertically hanging magazine pouches.

To put it simply, the RAMP is almost a direct replica of a magazine well, yet instead of having a magazine release button and mechanism, the mag is held in with pressure. The RAMP is made of a plastic polymer which proved to be very durable. The product is said to be rated for paratrooper jumps, meaning your magazine will not fall after touching down after a jump. The back of the device has four clips all pointed to the center for use with MOLLE/PALS.

I was very pleased with how the RAMP was designed. It replicates a M4/AR15 mag well perfectly, and even contains a very similar exterior design at a Magpul P-mag. The tension aspects of the design work great with many different magazines. In my arsenal I have a Magpul P-Mag, a few pre ban aluminum magazines along with some Canadian polymer magazines, all of which fit into the RAMP and stayed when tampered with. The overall build of the product is very good, many times with polymer products the ridgedness can be somewhat of a downfall when put under pressure. As I have stated in prior reviews, Front Site Post is not Myth Busters, that being said, I wanted to put this product to the test when it came to its ability to withstand some pressure. I am a good size guy at six feet tall and weighing around 200 pounds. I wanted to see how the RAMP would take to 200 pounds of pressure without a magazine in it. So I put the product on my garage floor and stood on it. To my surprise it held up. I could feel the center of the RAMP bowing a bit but never did it fracture. Another feature I found really accomidating was the fanned out edges of the RAMP. Because the edges are “fanned” or bent outward it helps to find and seat the magazine fairly easy when the user is not looking directly at the unit.

Going Through the Motions:

I felt it necessary to run through the motions with a RAMP in conjunction to other mag pouches. I took the AR15 out to the range for a few hours and came up with some pretty interesting findings. As I thought the RAMP takes a few steps out of a combat reload. With a standard magazine pouch (depending on style) usually consists of a few motions. Because the magazines are faced down, the operator needs to contort his/her wrist, pull up on the magazine, flip the magazine vertically, and finally find the magazine well and lift up once again to seat the magazine. With the RAMP loading and reloading motions are greatly reduced, a simple pull down to release the mag from the RAMP and lift back up to seat the magazine into the magazine well. The RAMP’s only limitation is really what piece of kit it can attach to. Although it is MOLLE/PALS compatible you will not want to attach it to a leg holster or padded battle belt. The reason I say this is because the magazines hang, they may create an obstruction. It also may limit the ability to fire and reload in a kneeling position, as the magazines may be pinned between the RAMP and your body. I wanted to test how firm the RAMP held my magazines so I detached them from my rig and gave them a few thorough flick tests (which I am glad I did not film, because I looked like a psycho trying to flick the magazine out of the product). After a good five minutes of trying to flick the magazine out of the RAMP and coming up unsuccessful I declared the product good to go.

I firmly believe the RAMP is a great piece of kit that has the potential to shave a second off of your reload time. It is build to last and is very unique. The RAMP is extremely easy to use and withstood a good number of tests. Again, the only negative I found was its limited options when it came to where to attach it to your rig. When it comes to weather we think its worth the purchase, I would say it needs to fit your combat style. Because I recommended only using this RAMP on a plate carrier or chest rig, if you are used to carrying magazines on your battle belt or on a leg holster, you may find yourself reaching for a magazine that isn’t there. If however you are someone who wears a chest rig as primary real estate for mag holsters, this product is going to be your new best friend. Being a shooter who uses both belt and chest rig, I will be using at least one RAMP in my load out at all times! 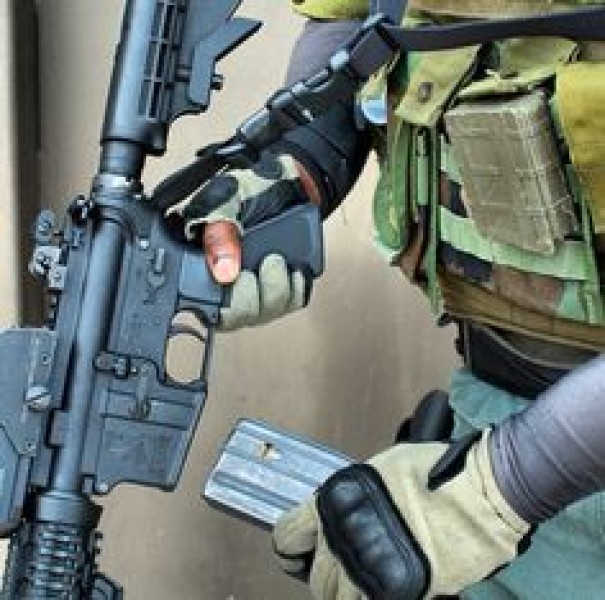